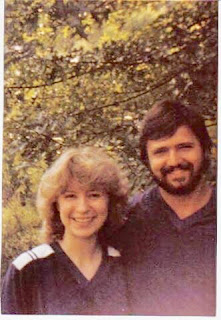 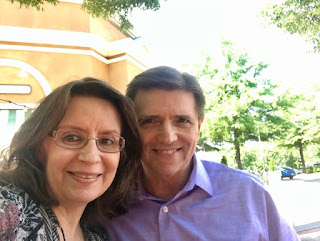 We had absolutely no clue as to the mountain peaks we would celebrate ...
nor the deep valleys we would journey.

Our very first meal as a married couple was stopping at the local Pizza Hut
before traveling the 7 hours back to our hometown ...
and calling both sets of parents (collect -- before cell phones!) to surprise them
with our news!

35 years later, we celebrated at Brio Tuscan Grille ...
he had the beef medallions & I had the pan-seared salmon (yummy!) ...
then we split desserts -- chocolate molten cake & crema catalana (oh my!!!) 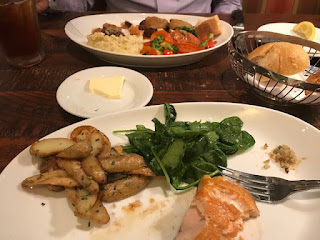 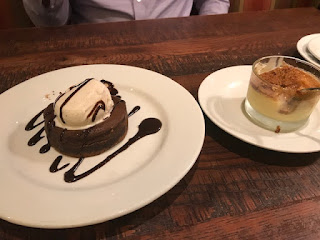 No special wedding day pictures ... or wedding gown ... or tuxedo/suit ... or reception

But I would definitely elope with him all over again 💕 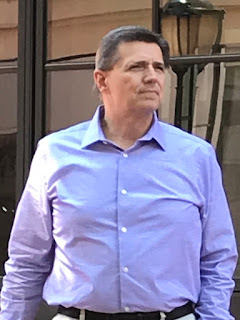 We found this photo spot at our mall ...
how could we resist??? 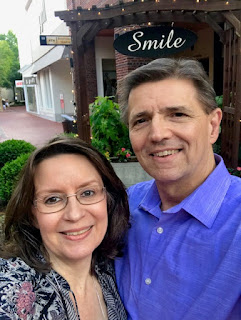 Believe in His blessings, my friends ~~~
Have a wonderful week!

No comments:
Email ThisBlogThis!Share to TwitterShare to FacebookShare to Pinterest

I haven't posted on this blog for a long time.  It's a slow process for me but I do have plans in the works for another blog site... something that has been close to my heart over the past several years. But I'm now in the middle of another process and I just want to share with my blogging friends.

April was an extremely hard month 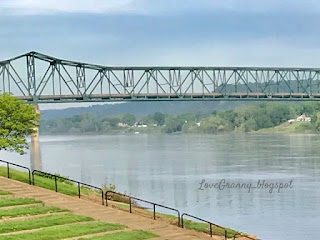 My husband lost his 98 year old grandmother on April 9 (which is also my Mother's birthday).  "Mommaw" was ready to see Jesus -- especially in the last 10 years. Dan has memories of his family living with her during his childhood in Kentucky ... and then building a house beside her before his family moved out of state. Her funeral was April 12 in her hometown (about 6 or so hours from us). He wanted to be with his family during this time, but it was in the last days of his busy season (100+ weekly hours leading up to the deadline).  He still has hopes of visiting his family cemetery one day.

I lost my 96 year old aunt (my Dad's sister) on April 15.  She was a widow with no children of her own.  She was like a mom to my Dad for many years.  Dan & I drove Daddy to our hometown in West Virginia to be at her funeral on April 19.  Dan was hoping to visit his parents, but it was not possible. It was cooler and rainy during this quick trip "back home".

And then I lost my 89 year old Uncle (my Mother's brother-in-law) on April 24.  My Aunt (Mother's sister) told us the Lord had given them almost two years longer than they thought they would have together. They were married for 68 years! Their daughter (my cousin) told me that we had made such a long trip back home after just being there --- but that's our family. My Aunt & Uncle had lost their 62 year old son four years ago. Memories start flooding back of growing up with all my family surrounding me (literally on my Granny & Poppy's homeplace)... what a blessing God gave me. 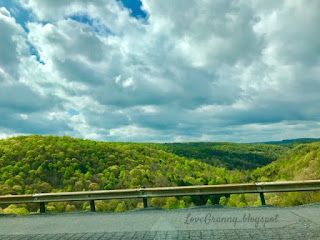 My Mother was not able to travel (and our family completely understood and have prayed for her & called her many times) ... she had her first hip replacement on April 11th (2 days after her birthday). She's one tough
woman ... 2 years of surviving stage 4 cancer, 8 rounds of all-day chemo, 30 rounds of radiation (15 per spot), 1 hip replacement ... and planning hip replacement #2 and knee replacement #2 ... yes, one tough woman.

April was a hard month ...
And we are still processing ...

And God is still on His throne

And I plan to cry and mourn and rejoice... 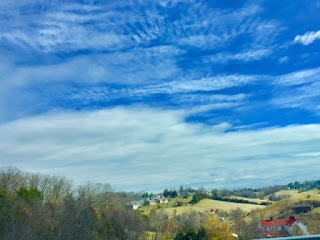 I pray that you, my friend, be blessed by the One who holds each of us in the palm of His hand...

our Creator ... God our Father 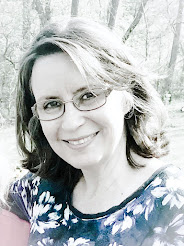